Symmetrys was both the structural and civil engineers for this residential development for Brick by Brick, Croydon Council’s development arm. Located on an old car park, the site holds five blocks of five, six and seven storeys and a car park set in extensive landscaping – all on a site which slopes down from the Scheduled Ancient Monument that lies along its west boundary.

Symmetrys explored a series of frame options which facilitated the column-free entrance and support of the cladding, before adopting a reinforced concrete podium up to the first floor slab, with light gauge steel framing above.  The top slab of the podium transfers the wall loads of the LGSF frame to the column layout of the communal areas below, whilst cantilevering six metres to create a column-free entrance undercroft into which extends the landscaping. 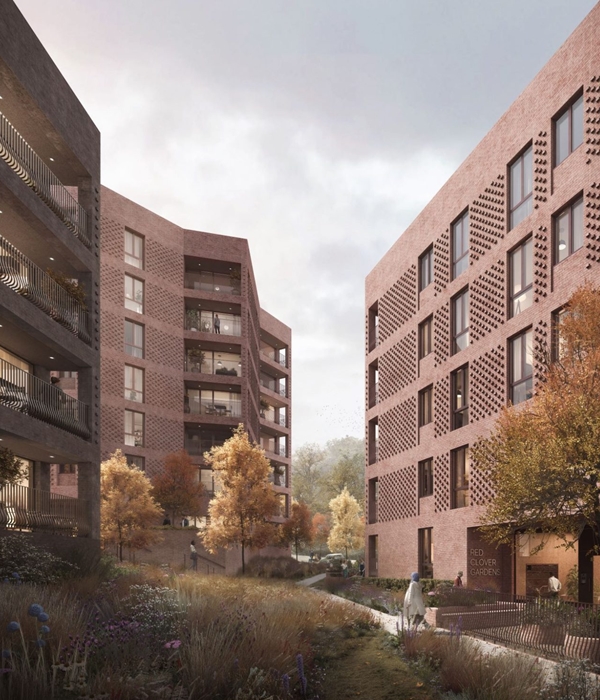