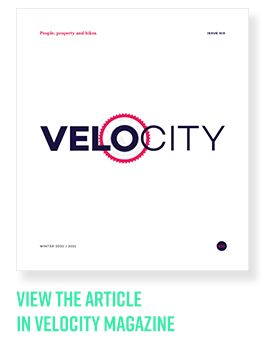 We have a ‘sustainability-first’ attitude at Symmetrys, so naturally it has an effect on everything we do.  Take for example a recent collective clear out of years of cycling gear – Lycra mainly. It was amazing how much of the stuff we had accumulated over the years.  We love the aesthetics of cycling. And we just love the way our challenging midriffs squeeze into a cycle jersey that is far too tight. But what do we do once the Lycra is worn out and needs replacing?  How sustainable is it? Some questions came to mind. Let’s google:

So is Lycra (spandex) biodegradable?

“Synthetic fabrics like polyester, spandex, nylon, … Though they will eventually break down, this process might take between 20 to 200 years”.

Mmmm that does not sound good… Is it recyclable then?

The internet says, in a word, no. According to Wikipedia “silicone is recyclable, but not collected widely for recycling while latex and Lycra (spandex) aren’t recyclable on a large scale yet”

Ah, OK. Surely, then, it is the responsibility of the manufacturer to think it through to its natural (or not so natural) end..? Sadly that doesn’t seem to be happening. Lycra’s sustainability statement on their own website simply promises to ‘to use fewer resources and enhance the environmental performance of fiber and fabrics’ – which doesn’t seem to us to go far enough.

So what to do with all our unwanted (too small?) Lycra cycle jerseys? What are the options?

2. Give them to charity.

We contacted a few local charity shops and they will take old products if they were in good enough condition to sell them on. But as the reason we’re getting rid of them is that they are beyond useful purpose it comes as no surprise the charity shops aren’t too keen.

3. Give them back to a cycle shop.

It would be amazing if we could take our unwanted clothing back to where we bought it from, and they did something good with it – or at least saved it from landfill.

We contacted 2 high street shops and neither provided this facility.

And although we did find examples of charities who are recycling sports equipment, none seem to take clothing. We did however find this – it’s not for charity, but it’s an impressive use of an old jersey! https://www.recycleandbicycle.co.uk/product-category/cushion-covers/

We tried to contact 3 cycle brand companies. Unfortunately Rapha, Donda and Morevelo did not get back to us with a response. Although, Rapha’s website does say they have repaired over 34,000 garments and that repairing rather than replacing is one of the most effective ways of reducing their impact. So we’ll let them off for the lack of response as they are clearly very busy mending old cycle jerseys!

It does feel that when you scratch the surface of this topic it is a much larger question than ‘where will I put my old cycling kit?’ because it leads into all sorts of questions about the textile industry as a whole – the use and sustainability of Lycra doesn’t just lay on the doorstep of cycling.  When you think how much Lycra is used in the clothing for all sports, this suddenly becomes a much bigger topic.  What are leading sports brands like Nike and Adidas doing to tackle the expanding landfill on no-biodegradable sports products?

Nike declined to answer our questions. Adidas, who previously had a recycling initiative called ‘Infinite Play’, have placed this on pause as the company they were using to recycle and reproduce unwanted products has recently announced insolvency.

There is, though, some cheery news. Two sports companies are helping customers do their bit with direct projects for unwanted sports clothing. The North Face run a process called ‘Clothes the loop’ where customers can drop off unwanted clothing (any condition, any brand) which is then sent the charity Soles4souls (https://soles4souls.org/) who repurpose it to keep it out of landfill.

Patagonia, who take back used clothing to put it back into the supply chain (eg for artificial turf) go even further. They guarantee any clothing returned to them will not be sent to landfill – first they try to re-use, then they recycle. And if none of that is possible – they hold on to it until they can work out what to do with it! The Patagonia website states, “We have to choose between sending it to a landfill, sending it to the incinerator or holding on to it until we find a better solution. Since we chose the latter, our stockpile is taking up a room in our Reno warehouse.”

Of course, there is a next logical step which sees the big brands developing eco fabrics, such as Econyl and Tencel, which will replace Lycra. The likes of Patagonia, ASOS, Spark Sporting and the North Face are already including these materials in some of their products but until they come into the mainstream and we get some clear recycling and/or repurposing projects up and running in the UK, we’re uncertain what the future holds and what to do in the meantime?  Guess we better start making that duvet cover so it’s ready in time for Christmas.