A comprehensive refurbishment of an existing office building with the addition of a new storey and rooftop plant enclosure as well as extension to the upper floor plates. The existing structure was constructed of cellform beams and composite slabs.

The existing structure had two set-backs in the façade and these works required the retrospective strengthening of the existing transfer beams. There were also major alterations at the lower levels with the construction of a new mezzanine and creation of large openings in the existing ground floor slab as well as forming new risers for the reservicing of the building.

Through retrospective analysis Symmetrys proved that the existing structure has sufficient capacity to take the increased vertical and horizontal loads without intervention to the cores or foundations. 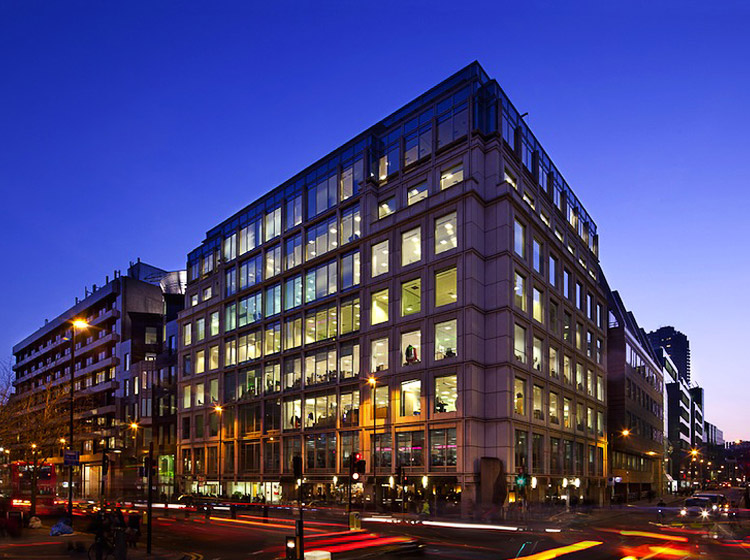