Symmetrys were appointed to carry out the Structural and Civil Engineering services for this detached 1930’s house in the London Borough of Haringey.

An existing large conservatory and a high level rear garden blocked views into Highgate Woods.  The works therefore removed the existing conservatory, reorganised the ground floor layouts and added a two-storey living area on the rear to overlook the gardens.

As much of the existing structure was retained, the works minimised the amount of waste in the project and reduced its embodied carbon compared to a new build house.  The floor area of the property was increased by 20%, however the low energy retrofit will reduce the primary energy use by over 50%, improving the SAP Energy rating from E(49) to B(80.8), that is equivalent to a new-build home in the UK. 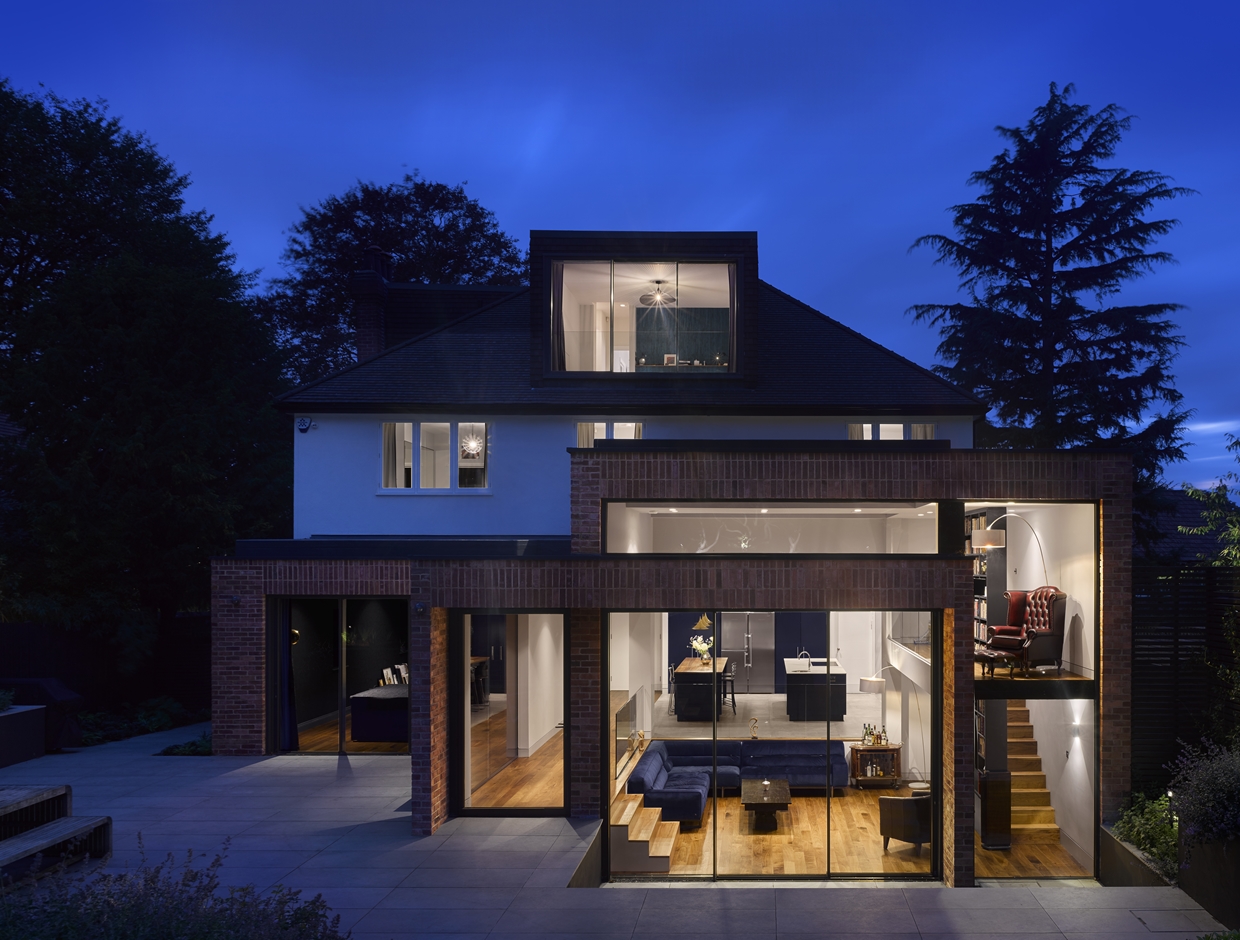