Symmetrys were appointed Structural and Civil Engineers, to carry out the structural design of the refurbishment of this old Kent Water underground reservoir structure on St Thomas’s hill Canterbury. We reported and carried out the design to create new door and window opening and install new habitable floors in order to convert it into a residential dwelling. 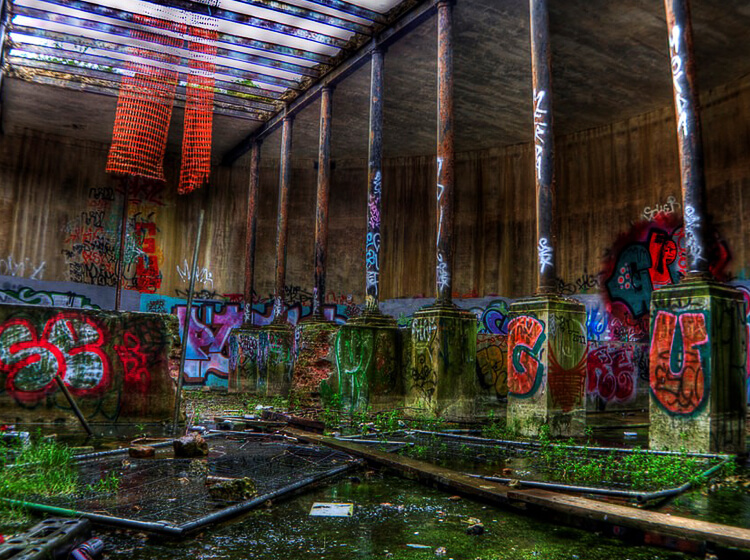 Built in 1894, the underground reservoir at St Thomas’s hill used to supply water to central Canterbury. It is circular in form, with a diameter of 18.3m (60ft) and 6m (20ft) in height. It is built half below ground and half above ground in clay soil conditions, using the spoil from the excavation to cover the above ground section, forming a grass covered mound. Access to the reservoir is gained through a small brick built access hatch with an internal opening size of 600×600. Within the hatch there is a steel ladder which leads down to the bottom of the reservoir. There is also anther similar hatch on the other side of the reservoir.

In 1928, a water tower was added to the site approximately 25m to the west of the reservoir. The property was bought at auction from Mid Kent Water at the end of 2004 by the present owner.

Consultations with the asset data team at Mid Kent Water Plc revealed that the reservoir was believed to have been taken out of service approximately 12 years previously, in 1993. It was also believed to have been drained before 1998. In contrast to the generality of the surrounding North Downs the hill appears to be a sandy gravel mix that may overlay a sandstone outcrop.

This soil type is evident in the exposed sections of the recent access excavation. The tank is of simple construction. The external walls are a mix of reinforced brickwork and concrete complete with internal tanking.

The “lid” is reinforced concrete set between wrought iron beams and supported on cast iron columns set on brick plinths; the base is assumed to be concrete.